On Friday, the class had a meeting at the National Gallery to show our animatics and get feedback, and hopefully approval, from the tutors, visiting professionals and gallery representatives. It was fascinating to see everybody's work and made me extra excited to see the finished products; some of the plans look like so much fun to animate that I was even a little envious that I wouldn't have the privilege!
I am pleased with the feedback I obtained. The critics were merciless but seemed interested in my ideas and the themes I am exploring. Most importantly for me, they have convinced me to cut out all ancient motifs that aren't clearly linked to the river Thames or English culture. I had wanted to include many interesting mythic figures and symbols from ancient civilisations across Europe and back to the Sumerians at the dawn of civilisation, as I belief these ancient worldviews have trickled down to inform the foundation of the Thames's cultural history. Although I was most interested in ancient English tribal culture, I wished to be as diplomatic and politically correct as possible; to claim ancient English traditions as the source of the Thames's history might seem too anglophilic/anglocentric in a BNP-paranoid climate and exclude all of the citizens of London who are not of English heritage. However, I was persuaded that the ancient English culture I am interested in exploring and expressing has been sidelined by a distortion of what English culture stands for and that I should play a part in redressing the balance.
Today, I visited the British Museum for the first time for some visual research into ancient Celtic imagery and did some sketches of the oldest artefacts with any discernable pattern, some of which came out of the Thames itself! Perhaps I can incorporate the circular motifs into the setting sun and the linear motifs onto the barks of trees.
Here are some of the patterns I have chosen to be most appropriate: 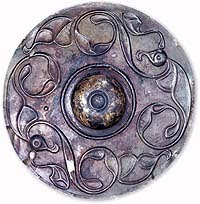 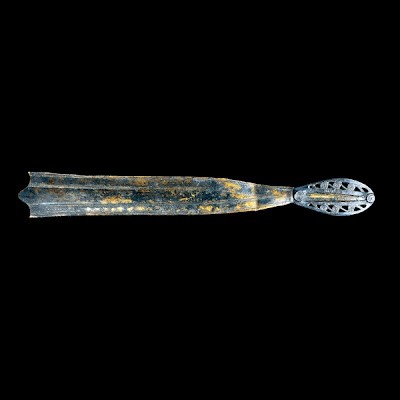 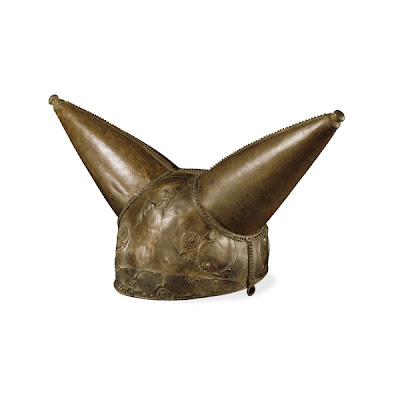 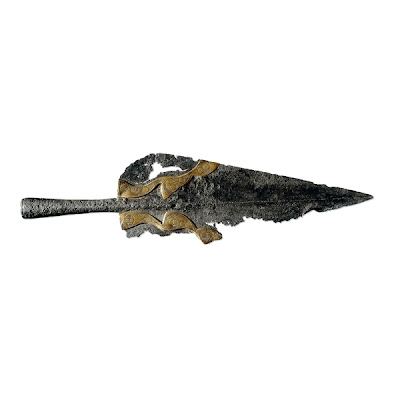 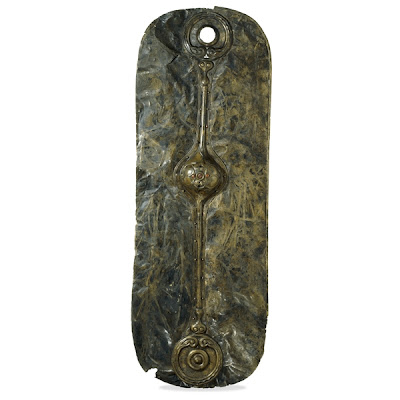 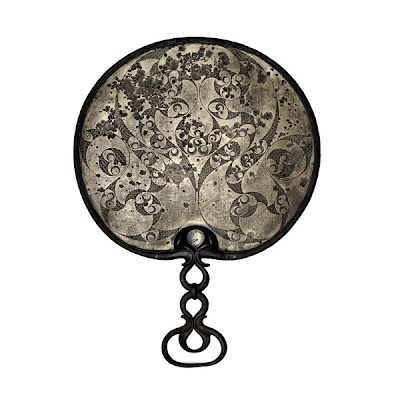 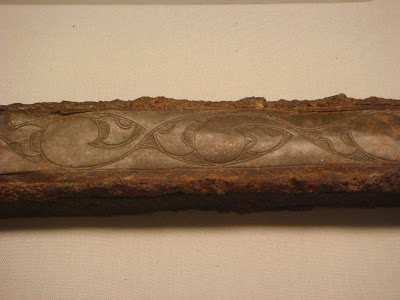 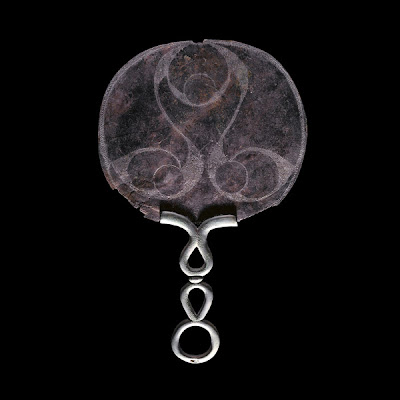 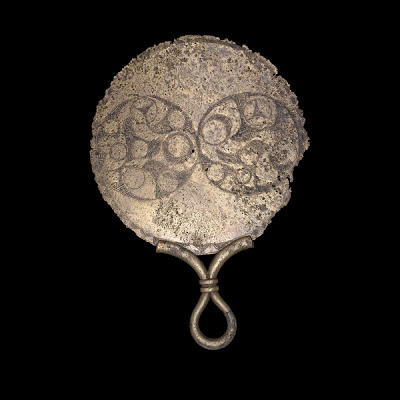 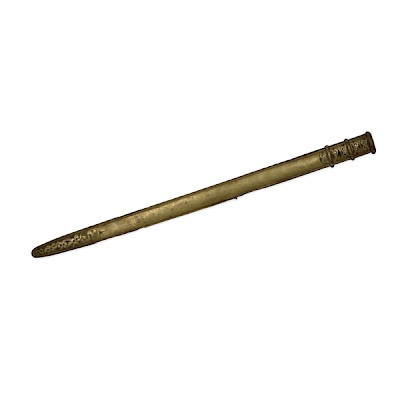 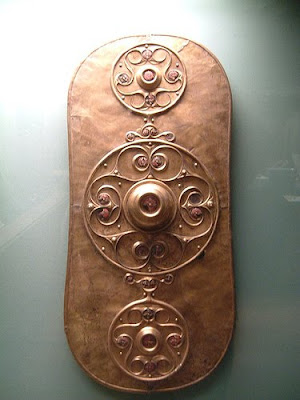